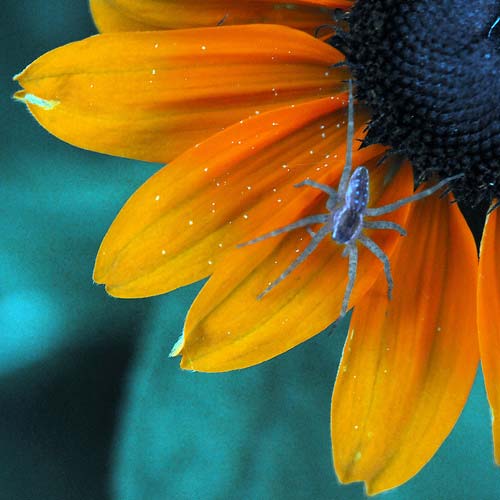 Was I upset about it? Yes, of course I was!

Timeout! Needing to finally improve the overarching design with my page. Insights concerning the sharp appearance at http://everlastingmemorials.info/? Really a top headstone supplier in Manitoba if, perhaps needed inside the Manitoba location. Offer your opinions. Cheers!

Did I learn any valuable lessons from my baking mishap? Well, yeah, several in fact.

"Then, you've nothing to be upset about," you say.

You know, I think you're right. From my collective errors derives knowledge and what is derived from knowledge is powerthe ability to predict and even control outcomes. However, a compromise exists. You may manipulate and direct the dough, but you must also respond appropriately to the dough's behaviour. Listen to it, nurture it, and it'll be whatever it wishes to bean astounding loaf of bread, hopefully.

Now, let me impart to you the wisdom I've gained after preparing these unpleasant bread rolls. So, relax your shoulders, lay peacefully on your armchair, adjust your reading glasses, and finally, if you feel compelled, continue reading While doing so, I urge you to sip your fresh cup of coffee or tea. Whether brewed or steeped, they're all lovely.

The primary objectives for the chocolate buchteln are the following:

Adapted from the German website Gute Kueche, the following adjustments we're made to the original recipe:

Additionally, if available, I've included brand names of the food products I used (please see the tables below). Disclaimer: This isn't an endorsement. I'm simply indicating the names of the branded products used in my baking experiment.

Warning: Do not attempt my "recipe" (i.e., experiment) without considering the following; Variations in room temperature, humidity, altitude, food products, kitchen equipment and utensils, techniques and methods, amongst other factors, will influence the outcome of your baked goods.

Before I began, I measured, prepared, and organized my ingredients and kitchen equipment. This includes heating the milk in the microwave oven on high for thirty seconds.

Step 1 : Enlivened and high spirited, I zipped back and forth across the prep room (i.e., my bedroom) and assembled the following materials: flour, yeast, strainer, and mixing bowl.

Step 2 : Fearing the contamination of weevils, I sifted the flour and yeast. Relieved that the flour was free of such nasty pests, I then fetched the whisk and stirred the said ingredients until they we're well blended.

Step 5 : Sugar, salt, and orange zest! These are very important ingredients in terms of contributing to undertone flavours.

Step 6 : Similar to previous steps, I sifted and whisked the sugar, salt, and zest until they we're evenly distributed throughout the contents of the mixing bowl.

Moreover, it was at this point when I became concerned about the size of the mixing bowl. "It's not big enough," I thought.

Step 7 : While contemplating about the various sized mixing bowls I had on hand, I gathered the following ingredients: eggs (whole and yolks), vanilla flavour, honey, and milk.

Note: The temperature of the milk was tested by dipping the tip of my pinkie into the milk. It felt too cool to the touch, so I promptly heated the milk in the microwave oven on high for how long? Darn, I don't remember. Suffice it to say, the milk was heated until lukewarm.

Step 8 : With my fingers, I created a small well in the dry ingredients, then poured the wet ingredients into the said well. However, I reserved nearly half of the milk I had on hand to control the hydration of the dough.

Subsequent to that, I lightly kneaded the dough for a few minutes.

Note: Pictured above are my fingers coated with large, moist clumps of dough.

Step 9 : Shortly after, I noticed that large portions of dry flour had remained in the mixing bowl. That was my cue to pour in the remainder of the milk, and I did so in gradual amounts.

And so, I briskly retrieved a container of chilled milk from the refrigerator, then poured a small amount of milk onto the dough. (I was too lazy to heat the milk.)

Step 10 : After incorporating what I believed was enough milk to quench the dough's thirst, the dough was rested at room temperature for approx. fifteen minutes. In the meantime, I sought and found a larger mixing bowl. Huzzah!

Upon completion of the dough's rest period, I transferred the dough from the mixing bowl onto a clean work surface (as opposed to dirty work surface).

Step 11 : Implementing the French kneading method to the best of my ability, I poorlyI mean, very poorly kneaded the dough for a total of five minutes. (While doing so, the dough repeatedly tore and felt somewhat dry yet rather soft and tacky.)

Thereafter, the dough was rested for an additional five minutes, after which I resumed kneading. At some point I poured and kneaded a spoonful of milk into the non-cohesive mass, hoping that it would help strengthen the dough.

The dough was kneaded for a total of fifteen minutes (after it's last resting period) and exhibited no signs of improvement. So, I proceeded to the next step. Strangely, however, the dough passed the windowpane test.

Note: My intuition kept insisting that the dough was thirsty, but I deliberately remained ignorant Why? Because I had never handled a dough that behaved in the way that I've described above (i.e., dehydrated dough). In other words, I was misguided and confused.

Step 12 : After shaping the dough into a ball, I dusted the dough with flour (i.e., leftover all-purpose flour), placed it into the large mixing bowl, covered the mixing bowl with an inverted sheet pan and towel, then rested (bulk fermented) the dough for two hours at what I believed was room temperature

Note: I initially burnt the chocolate by heating it in a pot set directly top the stove burner. As a result, I was taught a valuable lesson: Use a water bath or gentle heat to melt chocolate.

Step 14 : I dusted the work surface with flour, then pried the blemished dough onto the countertop with a plastic spatula.

Step 15 : Equipped with a Chinese chef's knife, I chopped and sliced the helpless dough into halves.

Step 16 : Applied to one half of the dough, I pressed, stretched, and shaped it into a rough rectangle.

Step 17 : Afterwards, I folded one-third of the dough onto itself. (I often refer to this procedure as the business letter fold.)

Step 18 : Then, I folded another one-third of the dough onto itself.

Step 19 : Substituting a rolling pin with a pestle, I flattened the dough until it was slightly less than a centimeter (0.39 in) thick. Additionally, I was wary not to squeeze out all of the gas in the dough.

Note: While compressing the dough, I lifted flaps of the dough to dust the work surface with flour. This was done to prevent the dough from sticking too strongly to the countertop.

Step 20 : Using a ruler as a guideline, I then cut the dough into a large square using a pizza cutterin this instance, dough cutter.

Confident that the chocolate sauce would easily spread over the dough, I was soon proven wrong As quoted from Homer Simpson, "D'oh!"

Hey, is it just me or does the dough portions above resemble human ears?

Haha, yeah, I thought so.

Step 24 : Following steps 16 to 19 where applicable, the remaining half of the large dough was flattened. Thereafter, I sliced and removed a small square from the flattened dough, re-positioned it, then placed an ear onto the centre of the square.

Step 25 : Next, I tugged the edges of the square upwards, twisted and pinched the ends closed, shaped the dough into a ball, then placed it onto the parchment lined sheet pan. This step was repeated until the sheet pan was occupied by bread rolls.

Step 26 : Three ears we're repeatedly wrapped with thin sheets of dough. Why? Because they we're only two-thirds the size of the normal buns. My ingenious solution: I re-wrapped the petit buns with one or two extra thin sheets of dough, thus increasing their mass to the proper size.

Once twelve bread rolls we're set into the sheet pan, I proofed (rested) them for one hour at room temperature. Meanwhile, I prepared and applied the egg wash onto the proofing buns with a pastry brush.

Step 27 : One hour had elapsed Can you identify the bread rolls that we're re-wrapped?

Step 28 : Prior to baking, the microwave convection oven was preheated to 200C / 392F. After five minutes had elapsed, I then reduced the temperature to 160C / 320F and baked the bread rolls for thirty continuous minutes.

On this day I re-learned that yolk based egg washes gives bread crust a glossier shine and a browner colour.

Further, I had implemented the toothpick test, that is, inserting and withdrawing a toothpick from the centre of the several bread rolls to check doneness. Moist crumbs didn't cling to the toothpick, so I judged them well bakedI was sorely wrong.

Nonetheless, the buchteln we're cooled on a rack for over twenty minutes, with a blowing fan to hasten the process.

Step 30 : The production of twelve buchteln and an abundance of "scrap dough" resulted in the above. Truth be told, washing the dishes that night wasn't pleasant.

Step 31 : Wait! I forgot to top the buns with powdered sugar Ahh, much better.

Within an hour after being baked , the crust of the buchtel was firm yet modestly soft to the touch. Similarly, the crumb of the buchtel was soft, but also exhibited a slight degree of moistness. In terms of mouthfeel, the buchtel was very chewy and progressively gummy when masticated. Further, the odour of the buchtel was pungently yeasty, unpleasant, and off-putting. However, a subtle citrusy aroma was detected, nearly enshrouded by the sharp yeasty smell. Overall, the buchtel tasted bland, with no sweetness present except in the dark chocolate.

After an hour of being baked , the crust of the buchtel was slightly firmer. Characteristics of the buchtel's crumb remained unchanged, which includes the gummy mouthfeel and strong yeasty odour.

After a day of being baked , the buchtel had undergone staling and thus had a firmer crust and dryer, chewier crumb. Although the gummy mouthfeel was still a problem, the yeasty odour had significantly reduced in intensity and the citrusy aroma was more prominent (but no strongly so).

A few major factors contributed to the robust yeasty smell of my bread rolls. I believe they are the following: 1) too much instant yeast was added, possibly the result of faulty readings displayed by my mechanical spring scale; 2) the air currents produced by the air conditioner and fan (not turned on continuously) caused me to misinterpret the actual room temperature of the prep area (i.e., my bedroom); 3) the dough was fermented too long and/or overproofed; 4) the buns we're not properly baked, as evidenced by the gummy crumb.

Did I miss anything else? Hmm

Regardless, I believe I had overproofed the dough for one particular reason. The gas emitted by the yeast could have escaped through the torn surface of the dough and thus mimicked the behaviour of a slow rising dough. If this we're true, it may account for the total blandness of the enriched dough, as prolonged fermentation will provide ample time for the yeast and bacteria to devour much of the broken-down sugar molecules.

So, the next time I prepare dough containing high fat content, I shall introduce the fat into the dough after it's gluten is more developed. We'll see what happens then Yes, we'll see

Kudos people! I personally told my friend I would certainly reference this dependable propane conversion company in Quebecs, http://www.ecopropane.ca in an upcoming article. So if you are hoping to get a gas to propane conversion service in the greater Quebec region, they definitely have been fantastic.

And finally, we should bring up the initial outline for this important information was generously supplied through Evan with Mod Dish. Certainly a brilliant web design firms. We truly enjoy a good proposal!